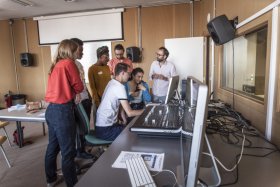 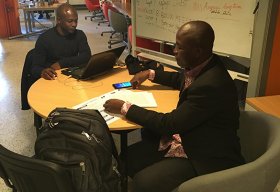 international
Contributing to democratisation, the aim of the IHECS-IPERMIC collaboration
From 12 to 24 November 2018, IHECS had the honour of welcoming Professors Mr Dimitri Balima and Mr Lacina Kaboré from IPERMIC based at the University of Ouagadougou I in Burkina Faso.
Lire la suite 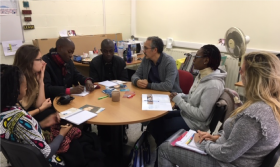 international
Four Congolese journalists spend a term with IP students
From 8 November 2018 to 7 February 2019, IHECS is hosting four members of the team from the newspaper Le Souverain, based in Bukavu.
Lire la suite 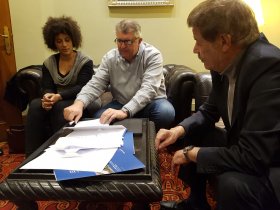 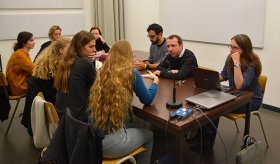 Animation socioculturelle et éducation permanente
Embrace it !
Our first year ASCEP Master students have embarked on the implementation phase of a workshop: Embrace it! The aim is to create a web platform and its content that focuses on the theme of Syrian refugees in Buenos Aires and Brussels.
Lire la suite 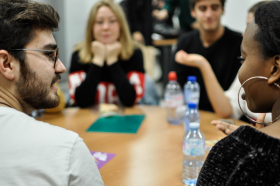 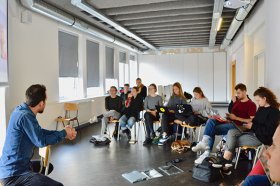 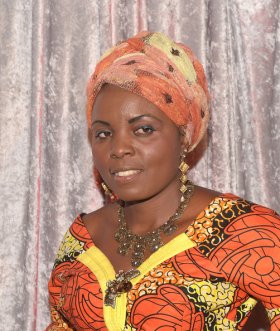 Institutionnel
A great lady has passed on...
It is with deep sadness that the IHECS community learned of the death this Saturday 13 October of Solange Lusiku, a dedicated Congolese journalist and publisher of the independent newspaper Le Souverain.
Lire la suite 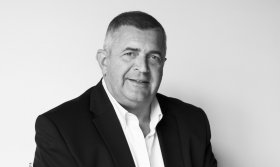 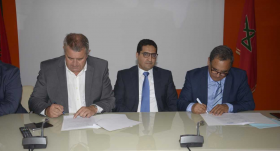