16.12.2019
December saw intense activity in the already long-standing relationships that IHECS maintains with several actors in the academic world within the Kingdom of Morocco.

A delegation, led by the General Manager, Jean-François Raskin, visited Rabat and Marrakech this week to assess the situation with regard to partnerships cultivated by IHECS with several Moroccan institutions. 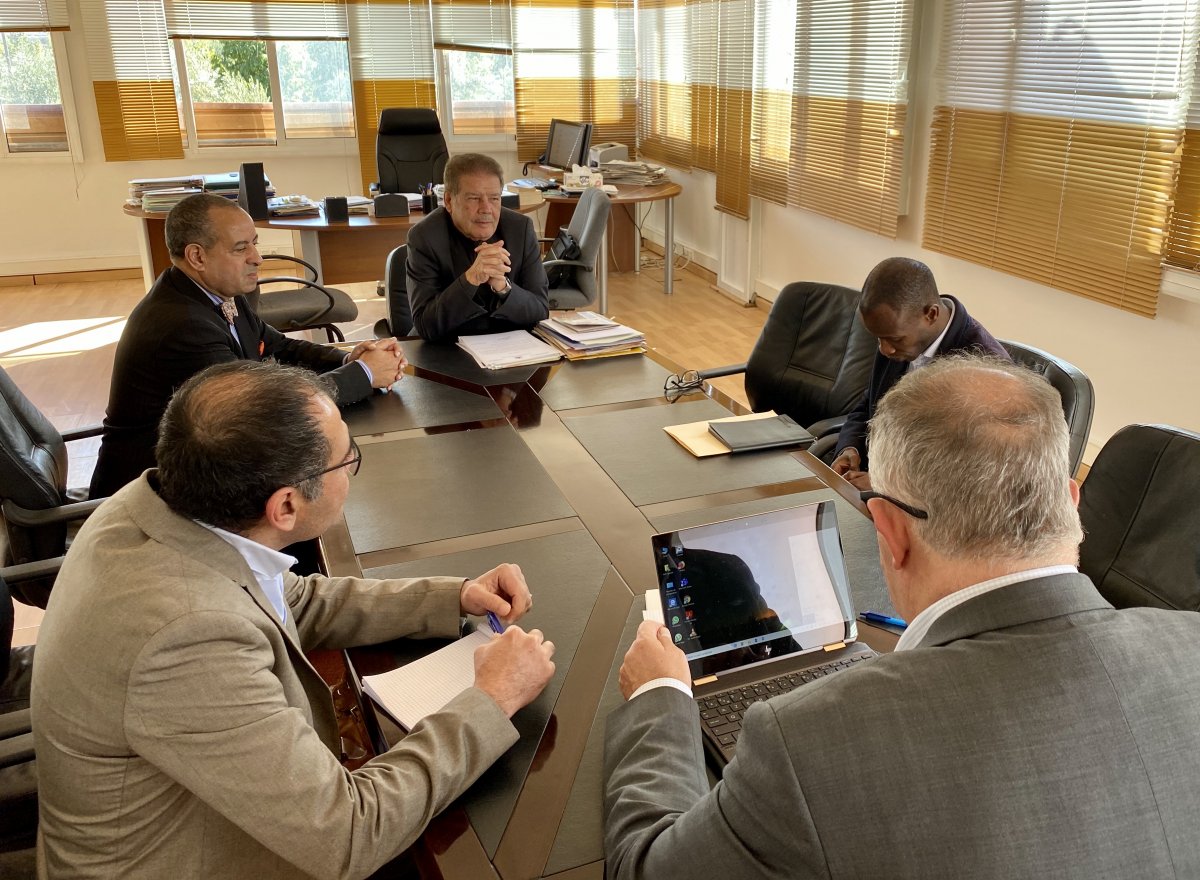 Thus in Marrakech, Sébastien Chaveriat and Nicolas Bindelle concluded a series of technical consultancy missions aimed at installing audiovisual equipment within the new Faculty of Journalism and Communication of the Private University of Marrakech. They were also able to support students enrolled in a practical journalism workshop providing coverage of the Marrakech International Film Festival. Several staff members joined this trip as part of the programming of educational and technical activities.

The delegation was able to establish with the President of the University, Professor Mohamed Knidiri, the extremely satisfactory results of this specific partnership. 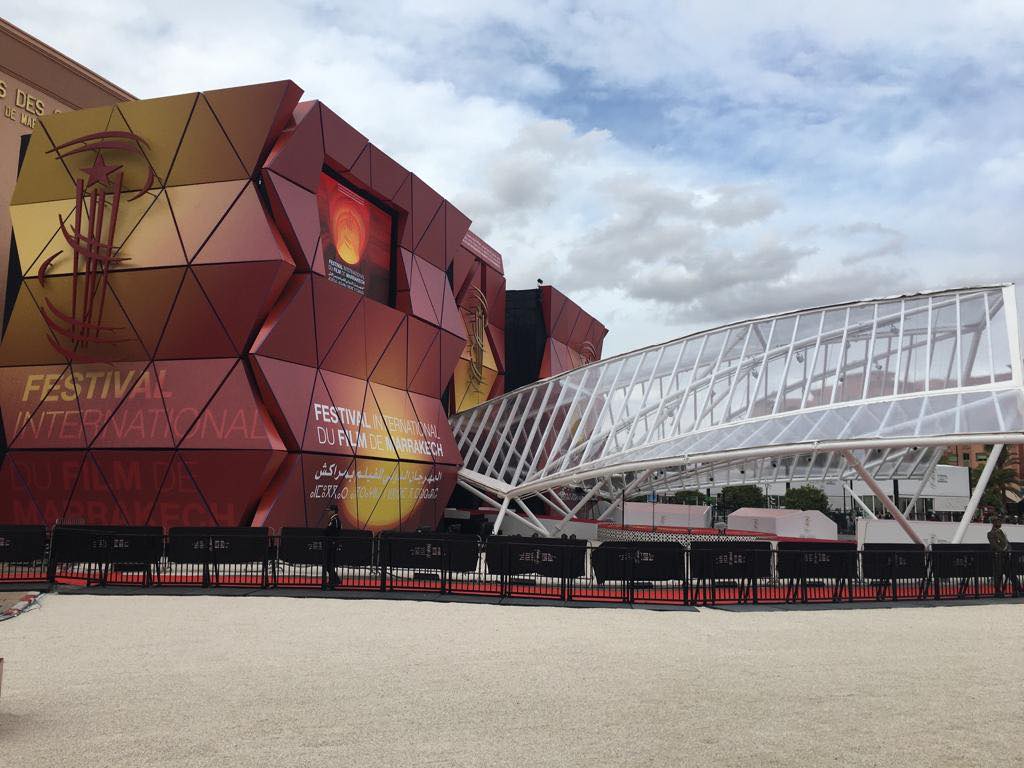 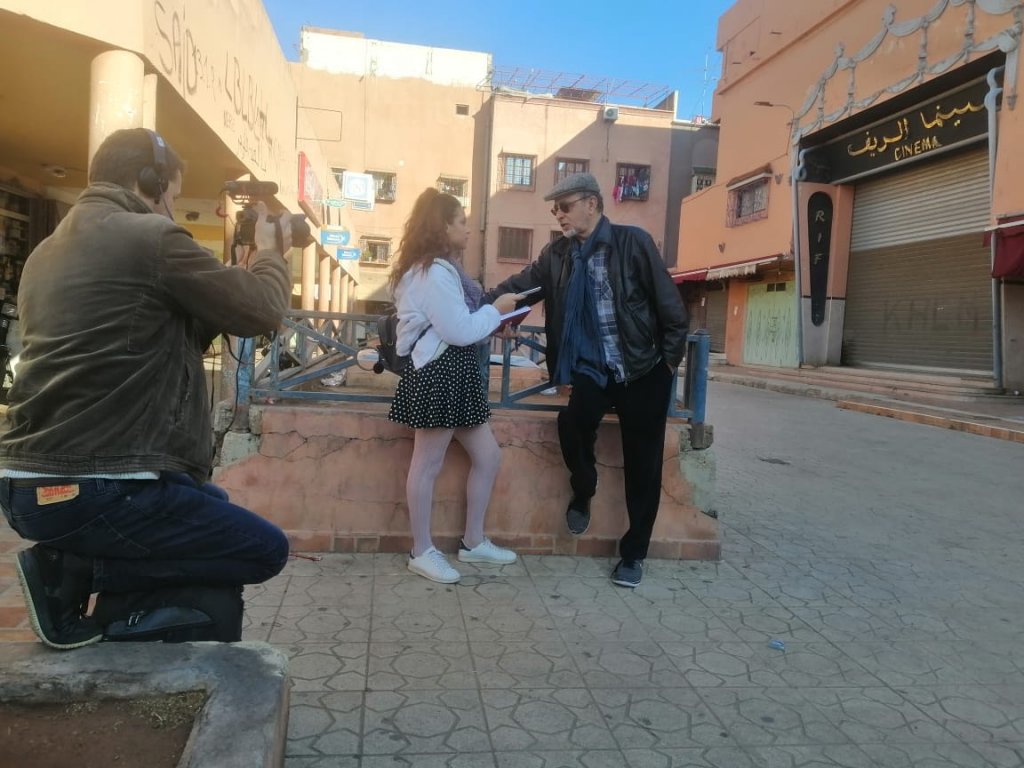 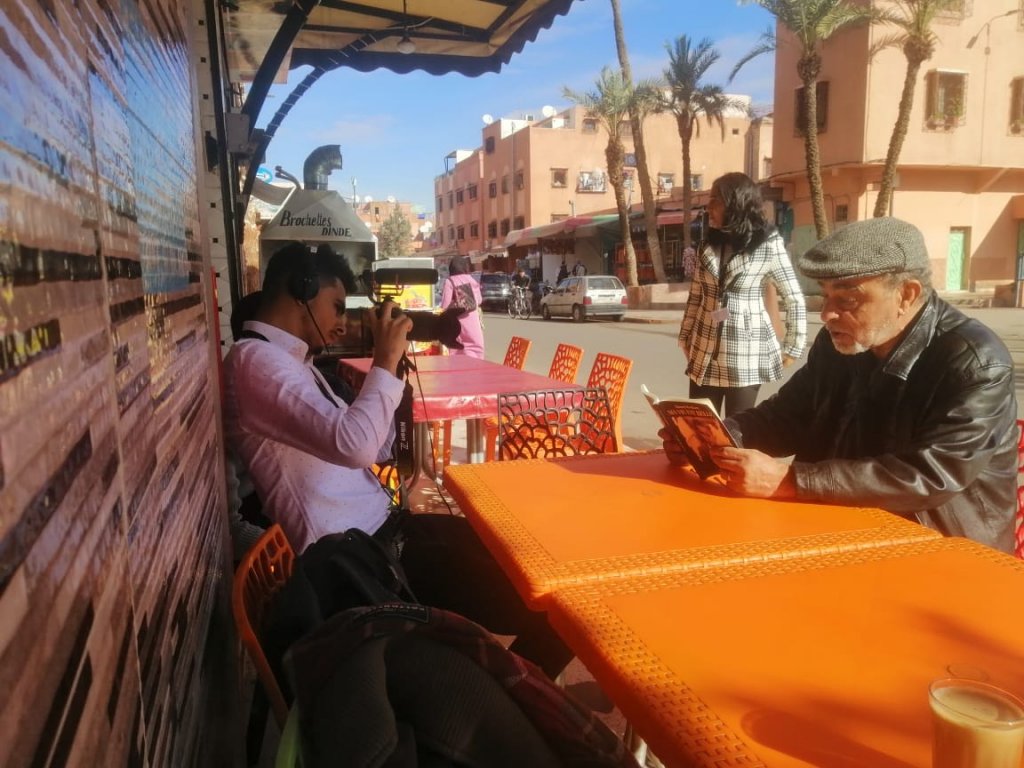 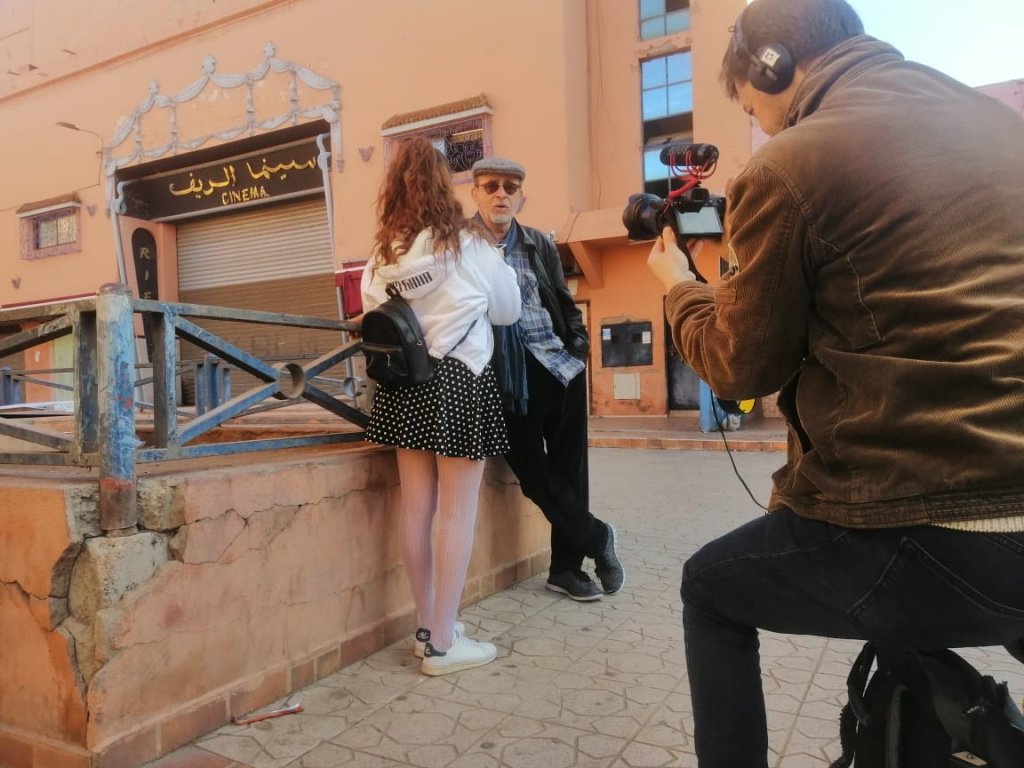 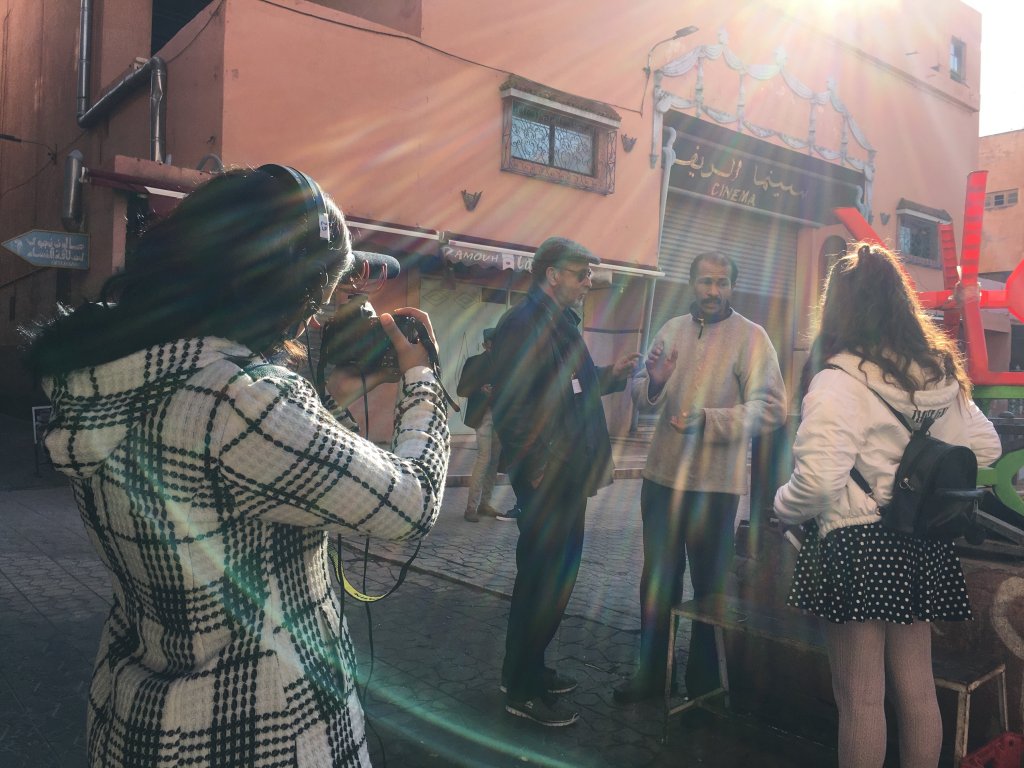 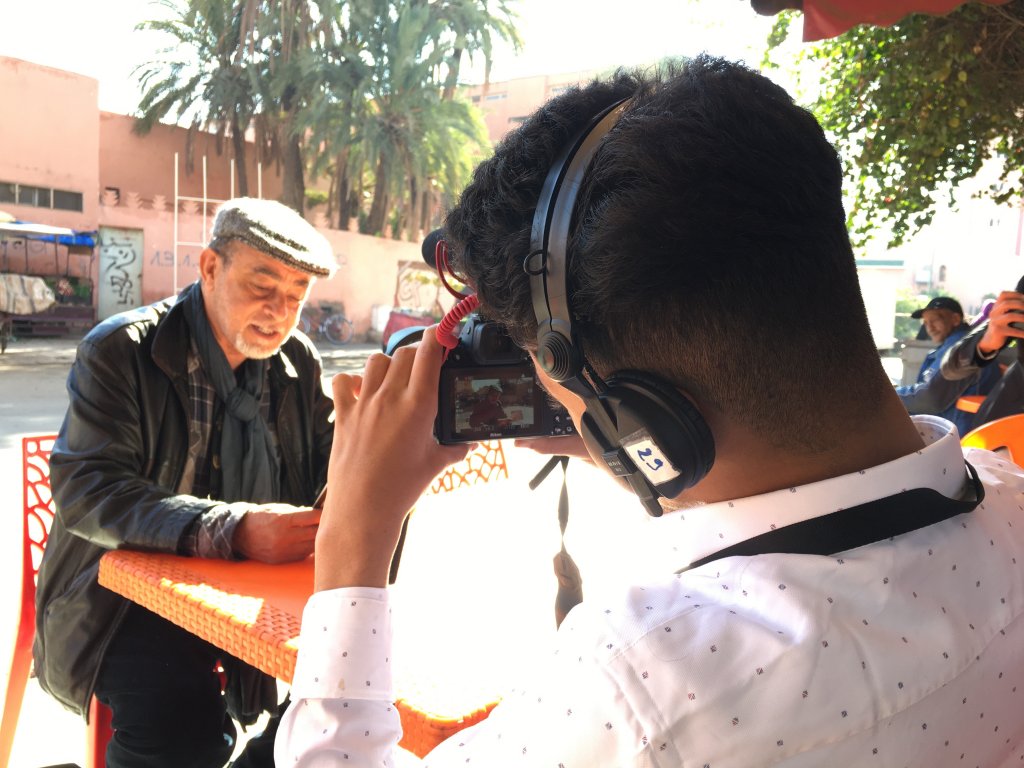 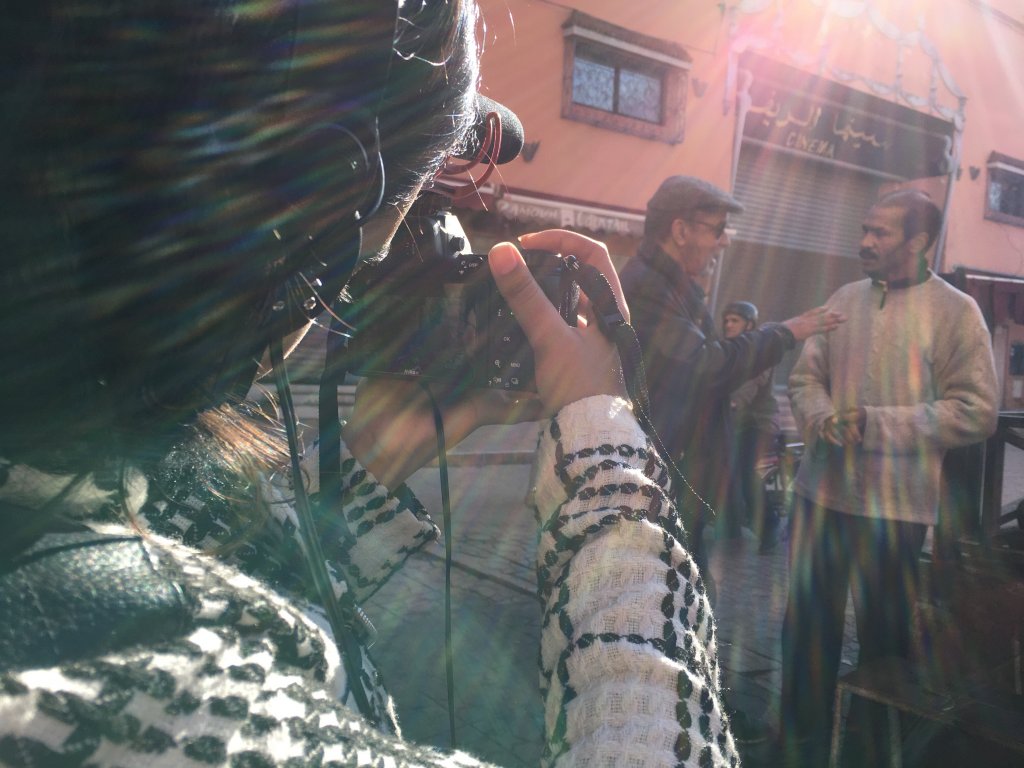 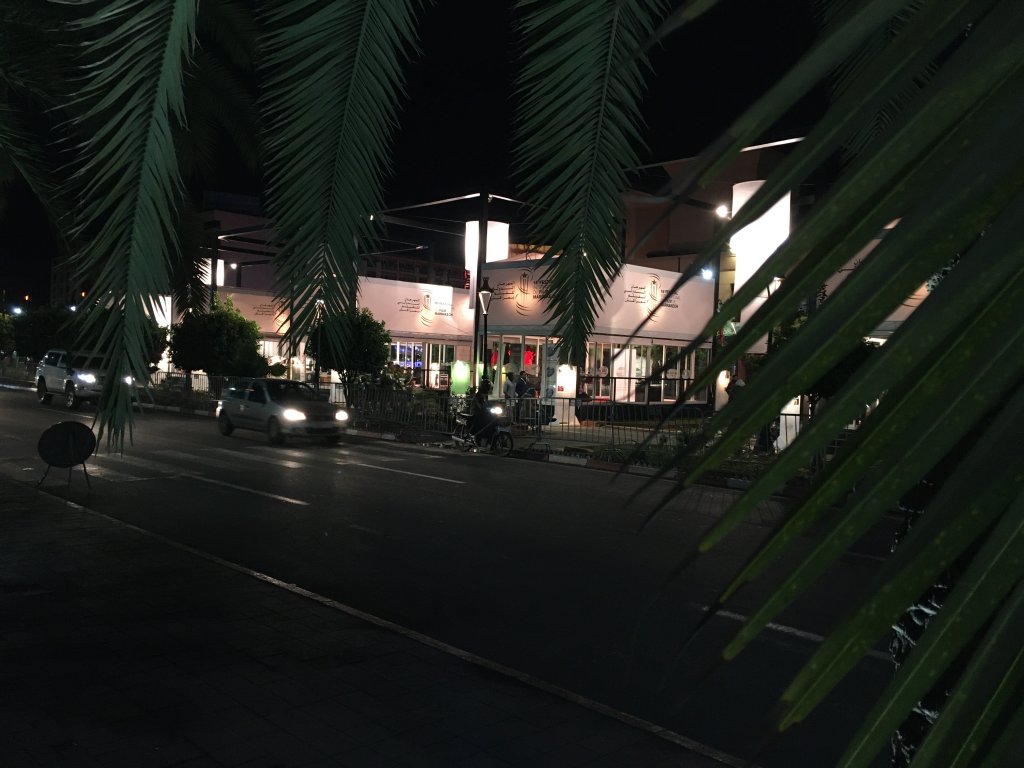 In Rabat, three teachers supervised the journalism students from ISIC (Institut Supérieur d’Information et de Communication/Higher Institute of Information and Communication): the President of the Masters in Journalism, Nordine Nabili, gave a Master Class on journalism in the digital world, and Damien Van Achter organised a training session on mobile journalism. Laura Petitjean and Laurent Poma will conclude this series of educational visits with two training workshops on documentary portraiture and photojournalism ("Being 20 in Rabat"). 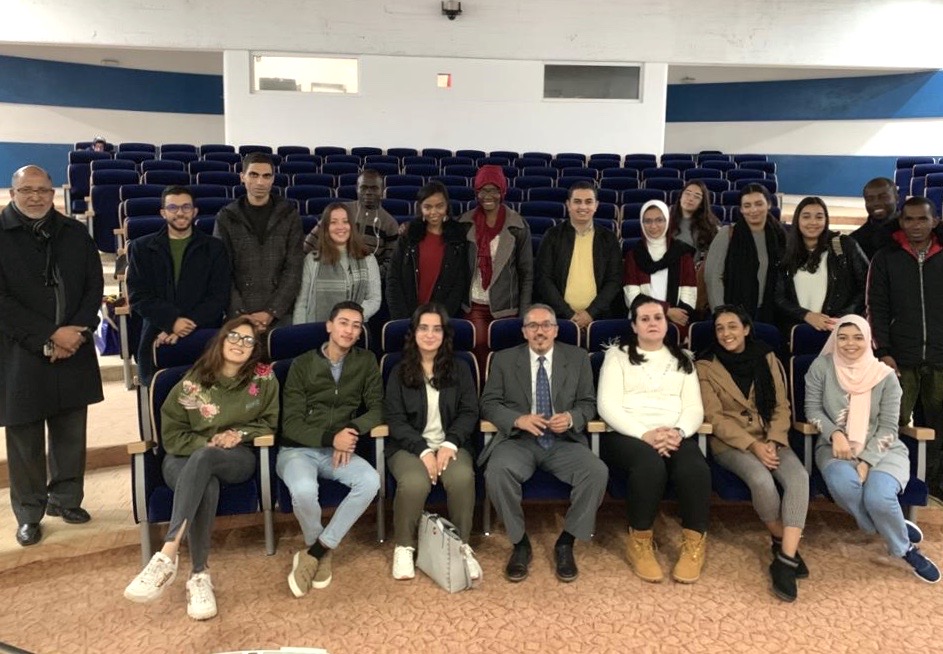 At the request of ISIC management, the IHECS Communication Manager, Amandine Bisqueret, led a corporate communication seminar for executives at the Moroccan institution. Based on a theoretical framework, where the heads of departments responsible for institutional communication shared experiences, and touching on the evolution of practices at IHECS, it centred on proposing avenues of development for the future. 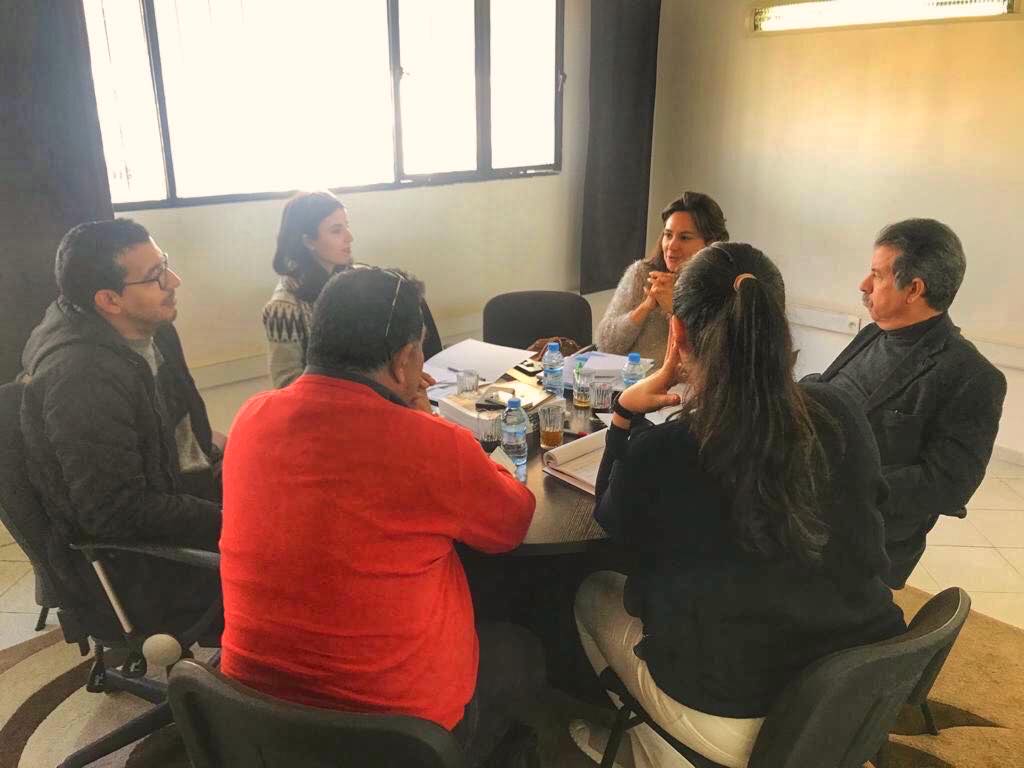 In the context of relations between ISIC and IHECS, several points were also raised. First of all, the heads of the two institutions agreed on the 2020 programme of activities in both Rabat and Brussels. Then, Jean-François Raskin, President of the Theophrastus Network, and Abdellatif Bensfia, Director of ISIC, agreed on an outline for the practical organisation of the next conference, to be held on the fringes of the General Assembly of the Network in Rabat from 25-29 May, 2020. 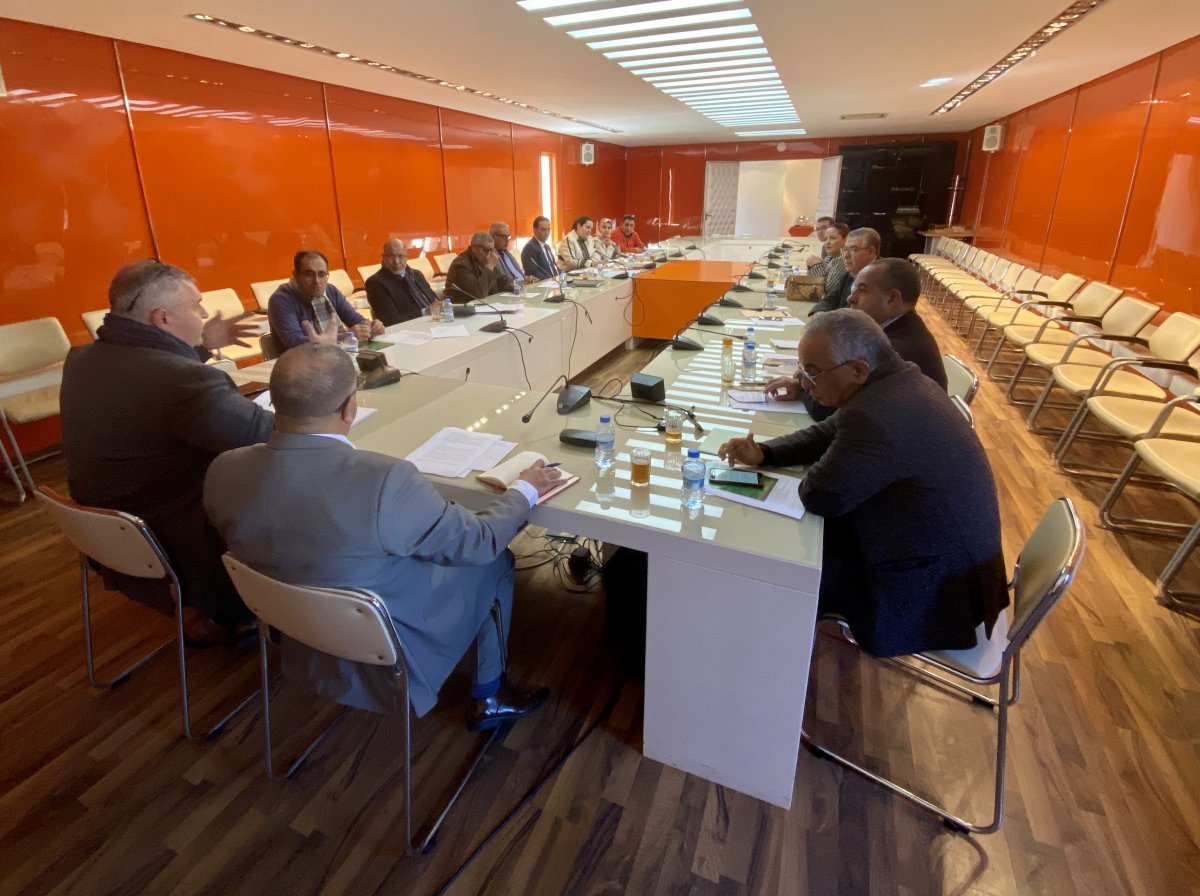 Several meetings were still held during these few days, notably with the Secretary General of the Ministry of Communication, Mustapha TAIMI, who lent his support to the initiatives of IHECS and to subsequent activities of the Theophrastus Network, with Motonobu Kasajima, Delegate of Wallonia Brussels International in Rabat, who has supported IHECS projects in the Kingdom of Morocco since the beginning, and with Mohamed Laaraichi, CEO of SNRT (Moroccan state-owned broadcaster), invited by Jean-François Raskin to participate in the panel assessing media dissertations in January. 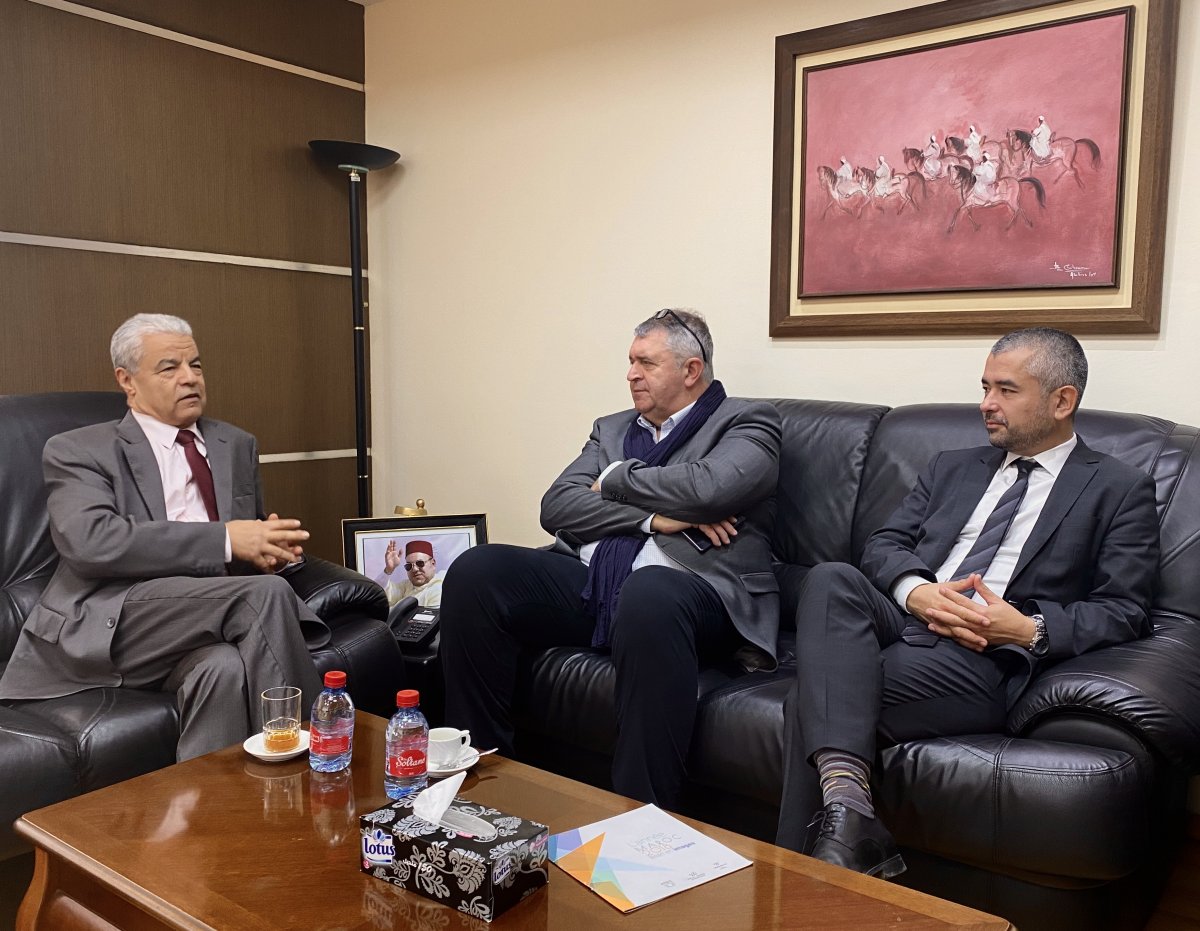 Other meetings were timetabled according to an extremely tight schedule.

The first was with Ms. Figueras and Mr. Rostand Adda, directors at the International Office for Migration (ONU) in Rabat under the aegis of the "Migration" project led by the Theophrastus Network, and the second consisted of a visit to the International University of Rabat, which has established a new degree in communication and media, where the IHECS delegation was hosted by Prof. Abdellatif Bencherifa, advisor to the President, Ms. Balkis Boum, coordinator for international mobility, and Ms. Meryem El Alaoui, coordinator for student mobility, and Mr. Abdessamad Fatmi, Dean of the School of Languages, Cultures and Civilisations, to discuss avenues for common development and opportunities for partnership. 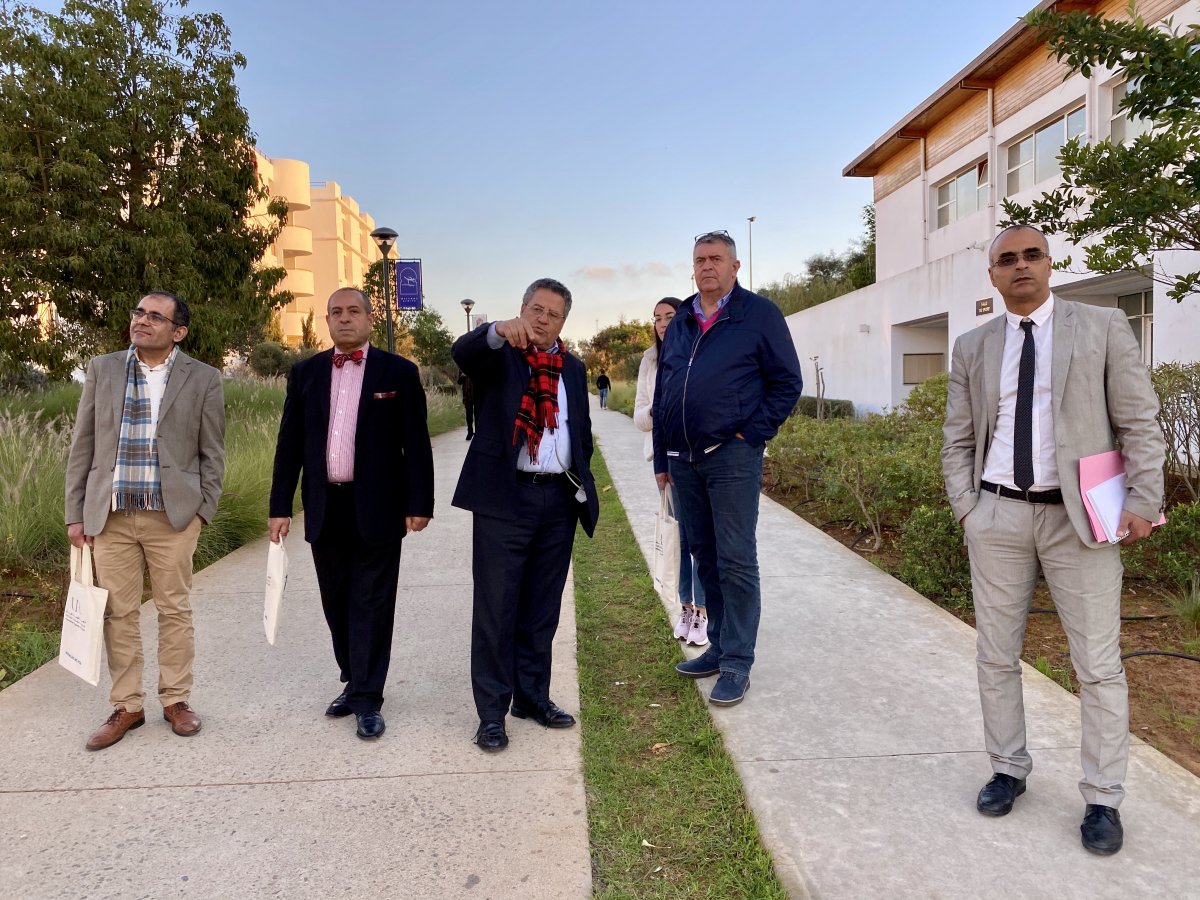 A final meeting was organised this weekend between Ahmed Belhaloumi, in charge of IHECS relations with the Maghreb countries and Karim El Aynaoui, Dean of the Faculty of Social Sciences at Mohammed VI University in Benguerir.

2019 ended up being a very fruitful and intensive year, paving the way for new and promising prospects for 2020 in relations between IHECS and the Kingdom of Morocco.