26.04.2022
Between 23 March 8 April, a delegation from IHECS visited Ouagadougou as part of a follow-up mission to the ARES-CCD institutional support programme at Joseph Ki-Zerbo University.

This mission in which Frédéric Moens, our rector, Emmanuel Wathelet, president of the Media Literacy Master programme and Nordine Nabili, president of the Journalism Master programme, took part was scheduled for the end of January but had to be postponed due to the coup d'etat, one of the consequences of which was subsequent border closures. The political situation being more stable today, it became possible to engage the university as a partner.

The seminar included a first meeting and expression of each person's fields of interest, a theoretical approach to what new media entail, their specific characteristics, the communication and journalistic issues they raise, and questions related to their funding, etc. It was a question of conveying the fundamentals of new media as well as practical strategic thinking tools that are of immediate use in terms of their conceptualisation.

Several new media projects have been launched, covering themes as diverse as terrorism, which has become endemic in Burkina Faso (classified as the second most affected country in Africa), the conditions of childbirth for women, child marriage and genital mutilation of women, the empowerment of women through employment, the promotion of African tales, traditional Burkina Faso food, clothing and instruments or the tradition of relationships based on mockery - a custom involving making fun, in a codified way and with humour, of another ethnic group. There is nothing “exotic” in these considerations. They are, in fact, directly embodied. They could not be more local, while being undeniably the product of international, economic and political dynamics, part of the history of the exploitation of Africa.

My teaching mission in Ouagadougou was part of a broader programme of democratisation in Burkina Faso. Against a particularly unstable background in terms of security - due to terrorism - and politics - following the coup, I was once again struck by the political maturity, lucidity and investment of Burkina Faso youth. Thus, the verb "to learn" is rich in its ambivalence: if I hope to have taught the students of IPERMIC (Joseph Ki-Zerbo University) some concepts related to the challenges of new media, I am aware of what they have taught me over these ten days. On my return from this mission, I would also like to express a great deal of gratitude towards my colleagues at Ki-Zerbo University, whose welcome was warm and attentive.

This mission pursued the objective of teaching writing techniques, the particularities of radio journalism and the role of citizen media. The students were able to benefit from several courses on the challenges of the profession, public relations, journalism and social networks and even media economics. These courses were set up alternately with radio workshops and reports throughout the capital. A meeting with the managers of the Burkina Faso blogger platform led to fruitful discussions on the fight against fake news and the possibility of a future partnership between the university and this citizens' initiative. 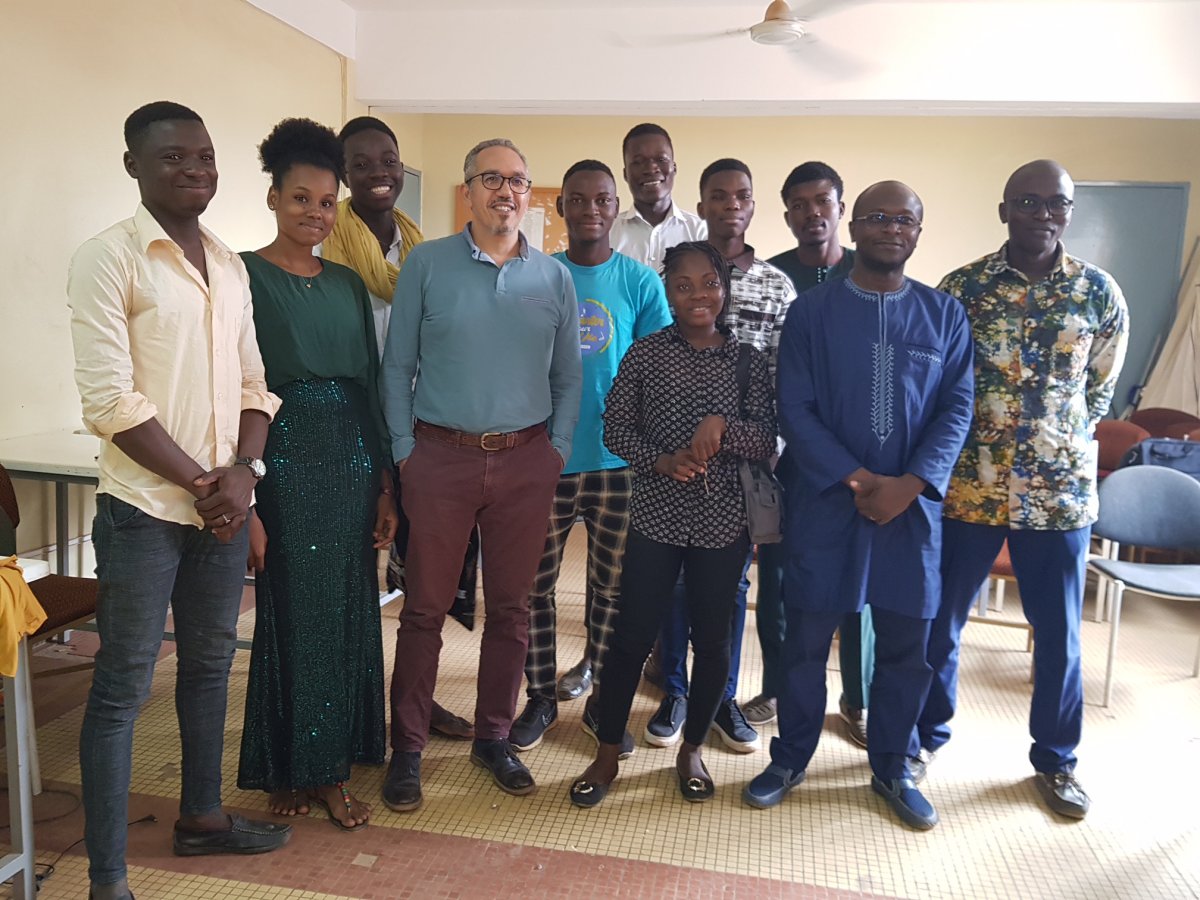 Check out the student productions here

During this mission, Frédéric Moens also met the new management of the Pan-African Institute for the Study and Research of the Media, Information and Communication (IPERMIC), which has been an institutional partner of IHECS since 2013. This trip was also an opportunity to lay the foundations for future cooperation with, among others, civil society actors involved in citizen information or press freedom.

These workshops and courses were organised under the umbrella of the programme "Contributing to democratisation: citizen media and journalism training" supported by the WBI.