During this first semester, four of our professors visited our partner institution in Moscow. It was the second trip for Laurent Poma and Thierry Maroit since they had already taken part in the "Erasmus + International Dimension" programme last March.

However, it was a first for Esther Durin and Delphine Reuter. They taught an introductory course in European journalism for a class of 150 master's journalism students. Among them were a majority of Russian students and a significant number of Chinese students. Some of them had taken an introductory course about a European Union elective country in 3rd year of their study. On the other hand, none of them had taken a course specific to the Union and its institutional structure and vital issues. The course was thus geared towards teaching Russian and Chinese students the basics that would allow them to cover European news, whether it be challenges affecting them or the EU's foreign relations with their countries specifically.

The two teachers also participated in the European Journalism Training Association's meeting on 19 and 20 October 2017. The theme of this gathering was "Journalism Education Across Borders."

This international teaching experience proved very enriching for the two professors "Teaching an introductory course to an audience unfamiliar with the European Union snapped us out of our professional routine and required us to rethink our objectives: the purpose was not to impose theoretical content that the participants must master but rather to use their interests as a starting point to co-create content that would be most useful to them in the allotted time" Esther Durin points out.

She adds that "the EJTA meeting was also an opportunity to grow our international contacts and strengthen our networks. These moments of common reflection are important and too often absent from our daily routines even right in our own backyard: for example, we took advantage of the Moscow meeting to interact with our colleagues from Mechelen who are nonetheless located only an hour away from IHECS."

This mission was funded by the WBI (Wallonia-Brussels International). 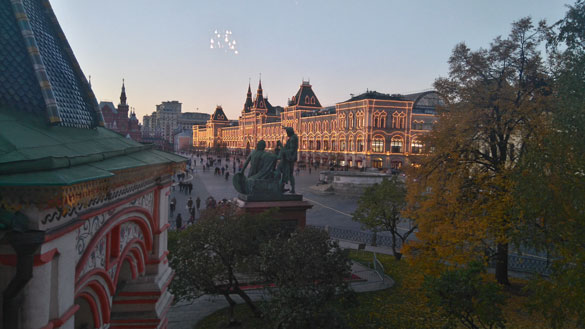