24.10.2016
An interactive production by BBB students on the living conditions of migrants in the United Kingdom.

With the United Kingdom nearly in sight, the migrants of Calais dream of a better life. But once they're on British soil, what reality do they face?  To learn more, discover  the interactive documentary series "London, my dream" created by BBB students, starting this Friday, October 21st on the Bruxelles Bondy Blog

A day in the life of London migrants

Finding housing, taking care of yourself, jumping administrative hoops to stay, finding a job... The long journey to a peaceful life is not over yet.  In nine long-format multimedia productions, you will   learn about the daily lives of migrants in the British capital and its surrounding areas. You'll start at Longford, a crossing point where they met Kainaaz, a former Bollywood dancer who awaits her fate in a hotel room. In their  animated documentary, you will also meet Sofia, a young refugee who is trying to overcome the psychological trauma of her past. You'll cultivate a sense of community at Spitalfields City Farm, an urban farm in Aldgate East, where cultures mingle among  migrants, asylum seekers, refugees, volunteer citizens and devoted professionals. They'll all share their stories. 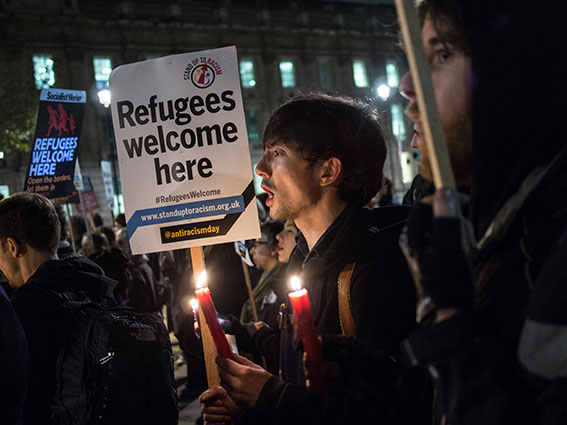 These are 35 reporters from Bruxelles Bondy Blog, students in the  Press and information programme at the IHECS - promo 2016. In November 2015, they went  to London to create this long-format interactive production for their European Journalism course.

Led by Esther Durin, Jonathan Hauvel and Laurent Poma, professionals and professors  at the IHECS, they also received support from Philippe Laloux and Christophe Berti (Le Soir) on the editorial aspects and broadcasting of this production.