30.05.2018
This is a particularly busy time for the International Exchanges Office. After Chile and Argentina, IHECS visited Barcelona, Dublin and Philadelphia this May.

IHECS is one of the founding members of this important European network of journalism schools, which will soon be celebrating its 30th anniversary. Among the 70 or so members, IHECS is the only French-language school from Belgium. The theme of this year's conference was: "Fast Journalism versus Slow Journalism". Besides discussions on a variety of topics, this annual gathering allows us to develop our network and to share interesting exchanges of good practices.

Through coordination between ARES (Académie de recherche et d’enseignement supérieur/Academy of Research and Higher Education) and the International Relations Commission (IRC), and with the support of WB Campus, some thirty representatives of higher education institutions, including Sophie Henrard, our International Exchanges Office coordinator, visited Ireland. Although academic and scientific collaborations already exist (particularly within the framework of the European programmes "Erasmus+" and "Horizon 2020"), this mission offers a unique opportunity to develop new collaborations and strengthen others, especially in the sensitive "Brexit" climate, which will have an impact on all European actors in higher education and in particular Irish institutions. Representatives of universities and colleges attended meetings of umbrella organisations from Irish higher education, made visits to institutions and were invited to a reception at the Belgian Embassy. 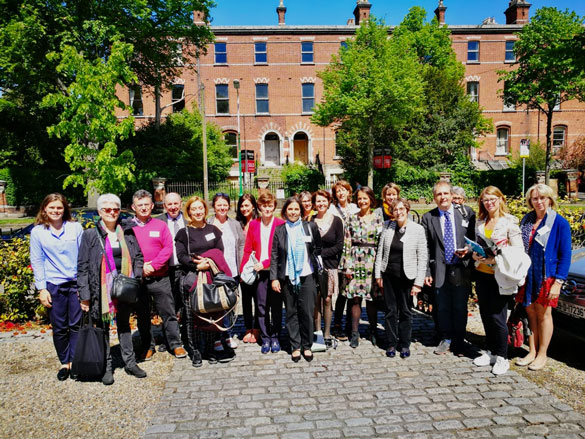 The presence of our ambassador helped to consolidate the relations that IHECS already had with the prestigious Dublin Institute of Technology (DIT), a partner of our institution for almost 15 years.

Tony Murray, head of the School of Media, also confirmed the interest of his students in an English-language version of our programme and the launching of possible teacher exchanges. 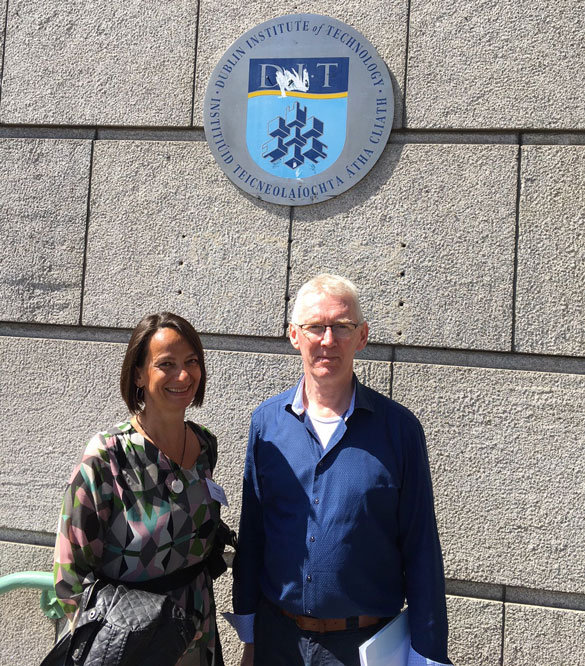 This conference on international higher education brings together more than 10,000 participants. It is thanks to meetings at previous editions of NAFSA that IHECS has signed the majority of its agreements with universities in North America but has also developed very interesting partnerships with Latin America, Japan and Scandinavia.

The theme for the 70th anniversary of the conference is: "Diverse Voices – Shared Commitment". The primary motivation for IHECS participation in this event in networking, and the meetings are already proving very interesting.