12.04.2016
IHECS creates its own crowdfunding platform

On 11 April IHECS (Institute for Higher Social Communication Studies) officially  launched the creation of the IHECS Fund, a crowdfunding platform for projects aimed at its journalism students. An avant-garde initiative in the educational field, as was underlined at the last International Meetings of Journalim and Information in Tours on  11 March 2016.

Without in any way neglecting the traditional media, for the last three years  IHECS has become involved in crowdfunding for projects and reports that focus on transmedia via the KissKissBankBank platform. Moreover, the latter is a partner of IHECS for other projects:  fictional films, transmedia documentaries, educational supports, etc.

259 students in total for all the projects that have been concerned by this experiment.

Today the Institute is taking another step by creating its own identity and a system adapted to its needs via http://fund.ihecs.be in collaboration with Lab. davanac and Koalect (a start-up that has just raised 350,000 Euros to optimise and publicise its crowdfunding application for the non-trade sector).

At the end of the campaign, the sums collected will be directly invested by the students in their projects. After validation by the jury, they will be put on line and made accessible to the public in accordance with crowdfunding principles. The best ones will be broadbase by mass media and partners of IHECS.

A real educational process upstream of this search for financing 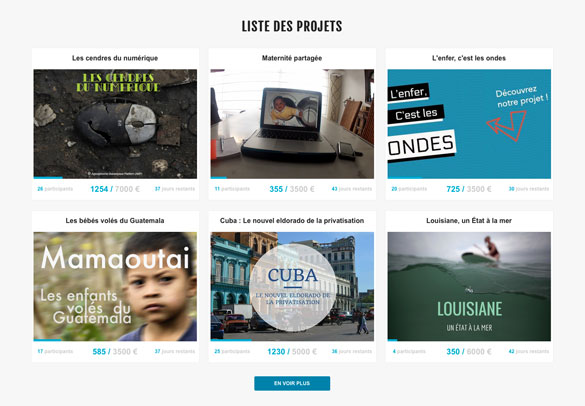