An IHECS student on a press trip with NATO

The Embassy of the United States in Belgium and the American Diplomatic Mission to NATO proposed a new project to our Journalism Master 2 students: a press trip on cybersecurity and the hybrid threats facing NATO.

After a selection based on a CV and cover letter, it was Héloïse De Norre who was given this great opportunity:

"The aim? To involve young journalists in a press tour to raise awareness of the challenges of cyber defence. Why Tallinn? There is a date to remember when one talks about a cyber attack: 2007. It was in that year that Estonia fell victim to a massive cyber attack from Russia which paralysed all its institutions, its banks, and its administration, etc. In other words, it was a "wake up call" for all European Union and NATO countries. After gaining independence in 1991 and the events of 2007, Estonia has embarked on almost complete digitalisation in all areas and has state-of-the-art security."

After a full briefing, Héloïse was able to attend a press conference with the Estonian Minister of Defence, visit the NATO Centre for Cooperative Cyber Defence and meet various representatives of the Estonian government as well as some NGO cyber defence experts.

Héloïse tells us that "a press tour like this involves a very intensive and strictly timetabled programme, sleeping at the Radisson Blu, meeting numerous stakeholders in a very short period of time, experiencing a fair amount of frustration due to the "off the record" nature of the proceedings, meeting young journalists (sometimes students too) from many different countries (Canada, France, Greece, Denmark, Finland, Czech Republic, Slovakia, Slovenia, Ukraine, United Kingdom, etc.), brushing up her English and occasionally struggling to understand certain accents (like those from Denmark), but it also involves having a chance to have a superb first experience." 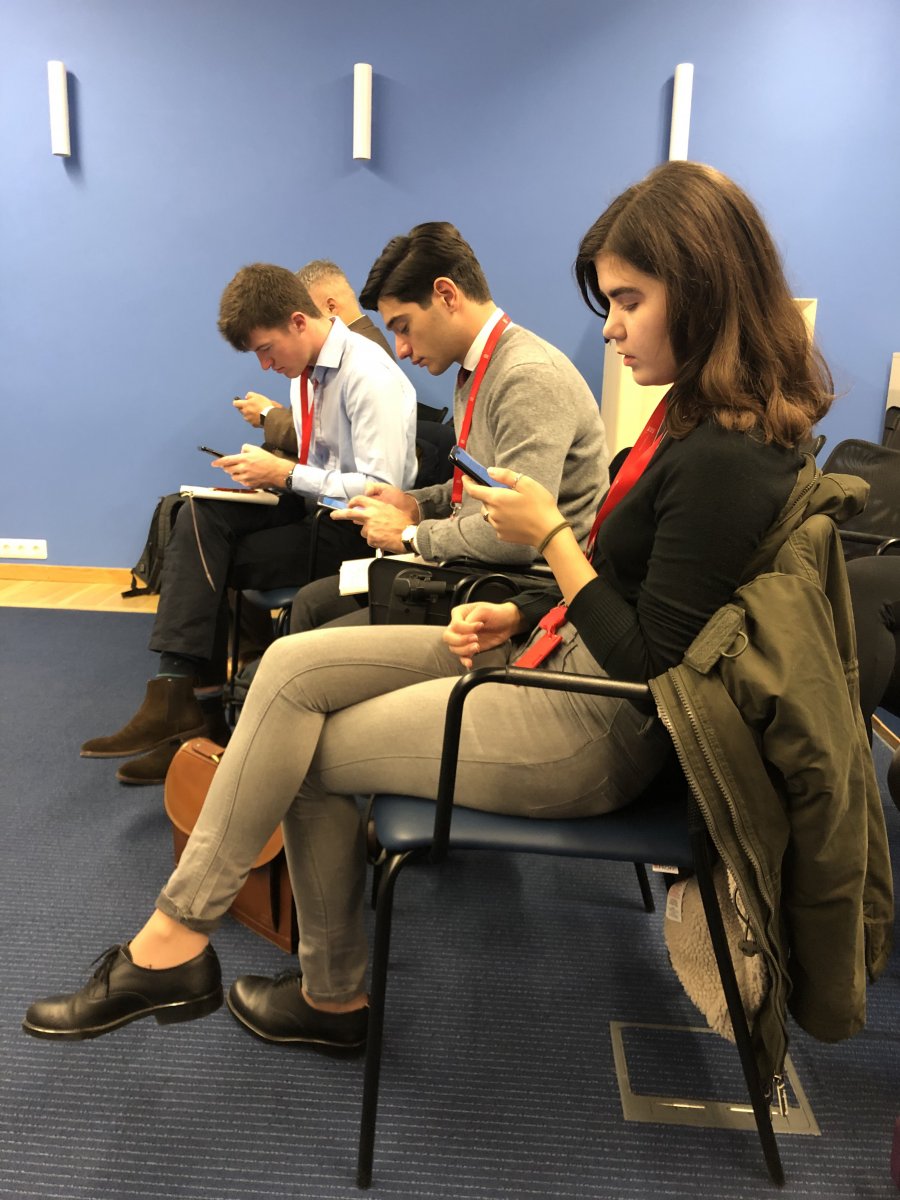